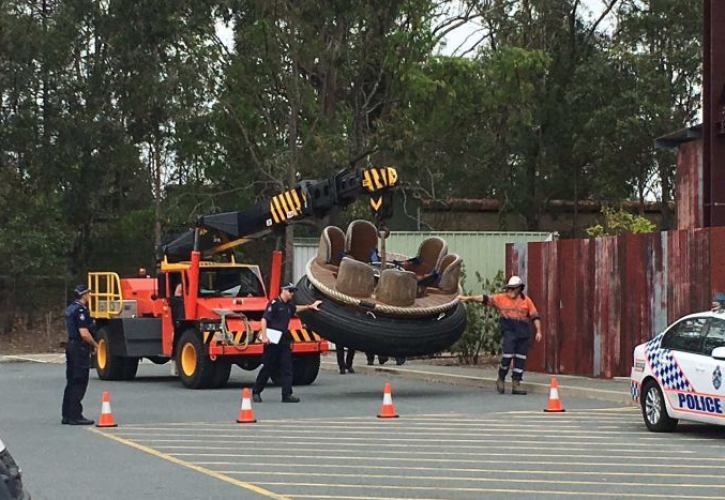 The design and construction of Dreamworld’s Thunder River Rapids ride posed a “significant risk” to patrons’ safety and the park’s systems were “frighteningly unsophisticated”, a coroner has found.

Queensland south-eastern coroner James McDougall today handed down his findings into the deaths of four people on the ride in October 2016. Cindy Low, Kate Goodchild, her brother Luke Dorsett and his partner Roozi Araghi died when the ride malfunctioned at the park. Mr McDougall told a Brisbane court Dreamworld had a reputation as a “modern, world-class theme park” yet its safety and maintenance systems were “rudimentary at best”. He said there had been a “systemic failure by Dreamworld in relation to all aspects of safety” and that he was referring parent company Ardent Leisure for possible prosecution.

“[There were] frighteningly unsophisticated systems in place at Dreamworld,” Mr McDougall said. The coroner said there was no proper engineering oversight, nor were any holistic risk assessments ever conducted on the Thunder River Rapids ride. “Whilst there were various occasions … hazard identification risk assessment should have been triggered … this was never done,” he said. Dreamworld placed significant reliance on ride operators to identify risks of issues. “It is unfathomable that this serious and important task fell to staff … who didn’t have the requisite qualifications or skill sets to identify such risks.” Mr McDougall said “shoddy record keeping” was a significant contributor. He said it was unclear why basic engineer controls — such as a water level monitor — were not installed on the ride. He concluded a basic automated detection system would have been inexpensive.

“Such a culpable culture can exist only when leadership from the [company] board down are careless in respect of safety,” he said. “That cannot be allowed.”Mr McDougall said he would refer Dreamworld’s parent company, Ardent Leisure, to the Queensland Office of Industrial Relations.  He said Ardent Leisure “may have committed an offence under workplace laws”. “Whether there is sufficient evidence to proceed to prosecution is [a matter for them],” he said. He said he would also refer his findings to the Board of Professional Engineers Queensland.

The Queensland Government said it accepted the coroner’s findings and referred the matter to the independent Work Health and Safety Prosecutor to decide whether action would be taken against Ardent.