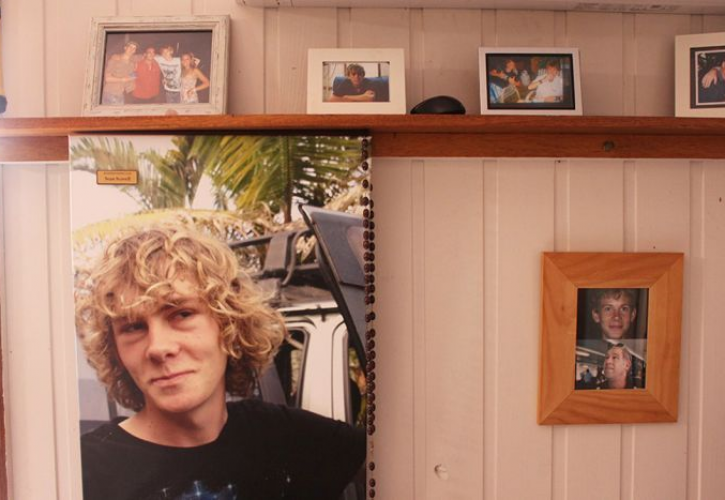 Sean Scovell, 21, was killed after he became entangled in a running conveyor belt at the South Moranbah Quarry, north-west of Rockhampton in central Queensland, in June 2012.

The Brisbane Magistrates Court heard the conveyor belt had not had guard panels for protection and management should have known about the issue.

McDonald was ordered to serve six months of his sentence behind bars before being eligible for parole in November 2019.

The company, which is now insolvent, was fined $400,000 for breaching health and safety obligations.

Mr Addinsall was fined $35,000, but no conviction was recorded.

Prosecutor Glen Rice had told the court the plant was in production without proper assembly or regular equipment inspections.

The prosecution had told the court although McDonald and Mr Addinsall were sorry that Mr Scovell died, they had not thought they held responsibility.

“They’ve always maintained it was nothing to do with them,” Mr Rice said.

Defence counsel told the court his clients had not known there was anything wrong with the conveyor belt’s design and were not aware that there needed to be a guarding audit.

The defence submitted it had been a lack of diligence, not recklessness.

The company that made the conveyor belt, Global Crushers and Spares, was convicted in 2017 of failing to discharge their health and safety obligations for not installing guard panels.

Magistrate Penelope Hay told the court Mr Scovell’s actions before his death “remain unknown” but said he might have reached into the moving conveyor belt to remove mud.

But she said if there had been a guard panel installed, it was “very likely” it would not have resulted in his traumatic death.

McDonald was granted bail at the end of the sentencing hearing, pending an appeal of the case.