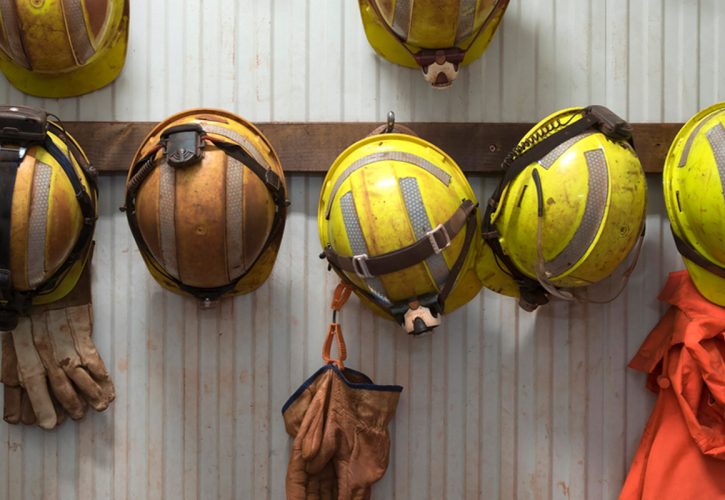 Due to  a serious increase of mine fatalities at Queensland Mines, including the deaths of eight miners at Queensland mines in the past two years, the Queensland government passed the legislation Mineral and Energy Resources and Other Legislation Amendment Act 2020 (Qld) (“Act”) on 20 May 2020. This legislation, amongst other things, introduces a new industrial manslaughter offence. Mining & Resource company executives and senior officers face a maximum of 20 years in jail where they are found  guilty of recklessness or gross negligence in workers’ deaths in the course of carrying out work at mines with  companies facing up to  A$13.3 million fines for each death. This new legislation precludes the use of defences normally afforded by section 23 of the Queensland Criminal Code for unforeseeable and unintentional acts. The removal of this defence may result in a greater number of successful prosecutions under safety legislation.

The Governor in Council has proclaimed the Mineral and Energy Resources and Other Legislation Amendment Act 2020 (MEROLA Act) on Thursday 25 June 2020.  This means that the commencement date of those provisions which did not come into effect on royal assent have now been set. The health and safety amendments and importantly the industrial manslaughter provisions commenced on 1 July 2020.

The Act  introduces an offence of industrial manslaughter into a number of pieces of legislation including the Coal Mining Safety and Health Act 1999 (Qld) (CMSH Act), the Mining and Quarrying Safety and Health Act 1999 (Qld) (MQSH Act), the Explosives Act 1999 (Qld) (Explosives Act) and the Petroleum and Gas (Production and Safety) Act 2004 (Qld) (P&G Act). The Act requires all persons appointed to critical safety statutory roles under the CMSH Act to be employees of the coal mine operator and not contractors.

The industrial manslaughter offence that has been introduced is in almost identical terms to that contained in the Work Health and Safety Act 2011 (Qld) (WHS Act) and is intended to ensure that there is consistency in how deaths of workers on Queensland worksites are treated. According to Queensland Natural Resources, Mines and Energy Minister Dr Anthony Lynham said “Creating the offence of industrial manslaughter is to ensure senior company officers do all they can to create a safe mine site”

An employer or senior officer will be criminally liable when:

A person’s conduct causes death if it substantially contributes to the death.

An executive officer is further defined as being “a person who is concerned with, or takes part in, the corporation’s management, whether or not the person is a director or the person’s position is given the name of executive officer.” This definition appears to be broader for corporations than the definition of an ‘officer’ under the Corporations Act 2001 (Cth) which includes a director or secretary of a company, as well as a person who:

A senior officer for a corporation, on the other hand, merely needs to be concerned with or takes part in the management of the corporation and does not need to be a director or named as an executive officer. In other words, a person may not be an officer under the Corporations Act, but they may still be a senior officer capable of being charged with the industrial manslaughter offence. Organisations should carefully review their organisational structure and consider who will potentially fall within these definitions, regardless of their position title, and advise officers and senior officers on the potential exposure that exists under the Bill.

Procedural aspects of the offence

Industrial manslaughter is an indictable offence and the Bill specifically precludes the defence of accident from being relied upon. The explanatory memorandum clarifies that the onus of proof in criminal proceedings will apply. This means that the prosecution will be required to prove each element of the offence beyond a reasonable doubt. Criminal negligence also requires recklessness or gross negligence.

Similar to other manslaughter offences, there will be no time limitation period for prosecution.

The new laws also require workers in statutory office positions under the CMSH Act to be employed by the Operator. This includes:

The explanatory memorandum states that these changes will allow employees to feel more comfortable raising and reporting safety issues without the concern that this will impact their employment.

There is an 18-month transitional period for these changes which is intended to provide coal mine operators with time to meet the new requirements. This period commenced on the 25 May 2020.

Mine operators should start reviewing who holds the roles outlined above and how they are engaged. If these statutory officer holders are not current employees, mine operators should consider how they will employ these workers directly. Historically a large number of these statutory roles are filled by contractors who may well be used to the benefits of being engaged as an independent contractor which could make negotiations more protracted.

The amendments introduced by the Act align the safety rules and penalties that apply to the resources sector with those that apply generally to workplaces in Queensland; however, the reach of this new offence goes significantly further by extending individual responsibility beyond just company executives.

Employees holding statutory responsibilities the Resources Acts could potentially be exposed to the industrial manslaughter offence where they are not executives and therefore have limited capacity to control the company’s financial and/or operating policies. These statutory officeholders are not traditionally seen as ‘representing’ the company. There is no equivalent concept of a statutory officeholder under Queensland’s general workplace safety legislation.

A number of industry submissions on the Act (including by the QRC) argued against the exclusion of section 23 of the Queensland Criminal Code from the operation of the industrial manslaughter offence. This section provides a defence to criminal negligence for unforeseeable and unintentional acts (i.e., accidents). This defence is also excluded in the equivalent offence in the general workplace safety legislation. In the absence of this defence, the industrial manslaughter offence becomes one of strict liability. A harsh outcome given the maximum penalty of 20 years’ imprisonment. Additionally, there is no ‘due diligence’ defence available where reasonable precautions were taken (although such actions could mitigate any penalty).

The Act also amends the CMSH Act to require that only persons who are employees of a coal mine operator may be appointed as statutory officers under the CMSH Act. It is quite common in the coal industry for a contractor or service provider, or an employee of a contractor or service provider, to act in these statutory roles. This amendment purports to ensure that statutory officeholders can make safety complaints, raise safety issues, or give help to an official in relation to a safety issue without fear of reprisal or impact on their employment. Industry commentary on this change suggests it will create considerable administrative burden on resource companies, potentially drive away experienced safety experts from the industry and fail to achieve the stated goal of a better safety culture.

The NEW Legislation can be found at