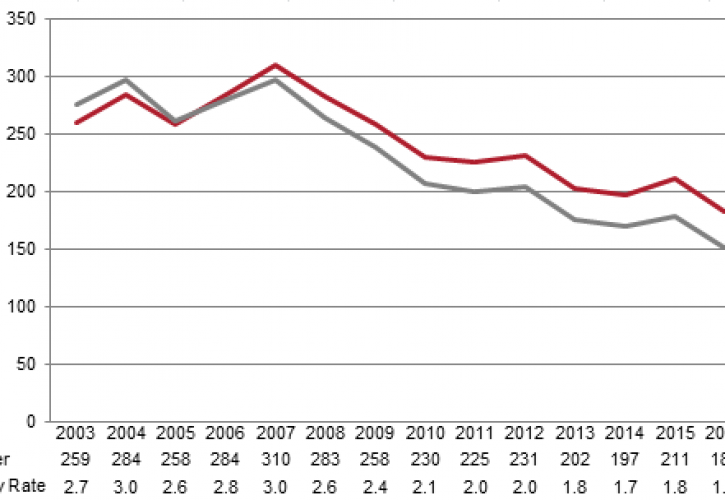 The work-related traumatic injury fatalities data provides statistics about people who die each year from injuries caused by work-related activity. It includes fatalities that result from an injury sustained in the course of a work activity (worker fatality) and as a result of someone else’s work activity (bystander fatality). Data inclusions and exclusions are outlined below.

The scope of this collection includes everyone:

The report includes everyone killed:

The collection specifically excludes those who died:

People who died of injuries caused by someone else’s work activity while they are classified as a worker rather than a bystander.

In 2018, the preliminary data show there were 157 Australian workers killed at work, compared with 190 workers in 2017. These 2018 figures are preliminary figures and will be updated when more information becomes available.

The number of worker deaths listed in this table is based on initial media reports and is a preliminary estimate of the number of people killed while working. Once the appropriate authority has investigated the death, more accurate information becomes available from which Safe Work Australia updates details of the incident. Updated information is used to publish Safe Work Australia’s annual Work-related Traumatic Injury Fatalities report which includes finalised work-related fatalities from 2003 onwards.