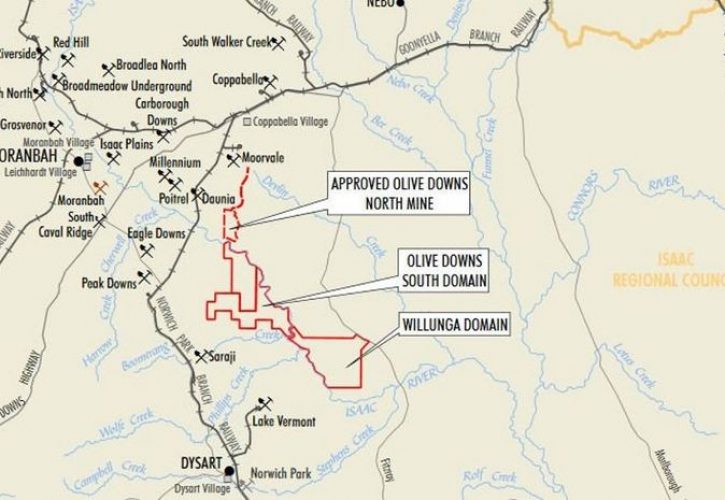 Construction of the project is expected to commence in 2020, with strict conditions to ensure local employment and minimisation of environmental impacts.

The project is expected to create 1000 operational jobs and 500 jobs during construction, contributing an $8 billion to the local economy and more than $10 billion to the Queensland economy.

Olive Downs is forecast to produce up to 15 million tonnes of metallurgical coal per year for export via the Dalrymple Bay Coal Terminal.

The proposed project includes coal handling and crushing facilities at the mine’s Olive Downs South and Willunga precincts, a rail link to transport coal to the Dalrymple Bay Coal Terminal and a water pipeline and power transmission line with significant opportunities for local and regional suppliers, contractors, service providers and businesses.